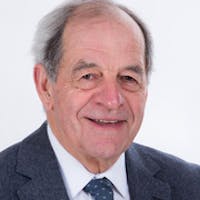 After a PhD in High Enery Physics at University of Paris-Sud (1973) and a few years of experimental research in this field at CERN (Geneva), Bernard Drévillon turned to Material research for solar cells applications. He was a pioneer of thin film photovoltaic based on plasma deposited amorphous silicon. His main achievement was the in situ monitoring of thin film growth from spectroellipsometry. He has developed an original spectroellipsometer (“Uvisel”) which is commercially available on the worldwide market from Horiba (the former Jobin-Yvon company) since more than 25 years with more than 800 instruments sold, in particular in Asia. B. Drévillon is the author or co-author of more than 300 journal publications, with over 8,000 citations (H-factor : 46). He was the Editor-in-chief of the the European Physical Journal – Applied Physics during eleven years since 2003. B. Drevillon made all his research work at LPICM of Ecole polytechnique. He became Director of LPICM in 1999. He was retired from CNRS in 2012. At that time the laboratory staff represented more than 100 people, including about 45 permanents and 25 PhD students. He created a joint research team with TOTAL on silicon solar cells and was a pioneer of the Photovoltaic institute IPVF (open in 2017). B. Drévillon started his teatching activities at Ecole polytechnique in 1985 as the Director of the experimental teaching center of electronics. He became Professor in 1996. He is currently Director of the international Master program REST (Renewable Energy Science and Technology) since 2011 and Director of the international Graduate Degree STEEM (Energy & Environment : Science, Technology & Management) since 2016. He has received numerous awards and honors. In particular he is SPIE Fellow (The International Society for Optical Engineering) since 2003. In France he is Chevalier de la Légion d’Honneur, Officier dans l’Ordre National du Mérite and Officier des Palmes Académiques.