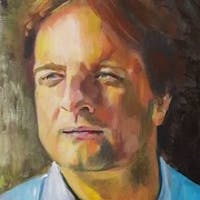 My research focuses on kinship, inequality, and demographic behavior in China and in comparative perspective. With James Lee and other collaborators in the Lee-Campbell group, I have published on a wide variety of topics, including economic, family and social influences on demographic outcomes such as birth, marriage, migration, and death, fertility limitation in historical China, and the role of kin networks in shaping social mobility. This early work made use of datasets of population registers from Qing China that my collaborators and I constructed, the China Multigenerational Panel Datasets (CMGPD). Two of these are now released via ICPSR. With other members of the Lee-Campbell group, I am now conducting a study of the careers of bureaucrats during the Qing by construction and analysis of a database of office holders based on the 缙绅录, and participating in other group projects related to the study of the origins of educational elites in China from the Qing to the present. I am also participating in a collaboration with the Shanxi University Research Center for Chinese Social History on a study of rural society from 1949 to the mid-1960s, using village-level microdata compiled by researchers at the RCCSH, and another Lee-Campbell group study of the social origins of students at universities in China in the first half of the twentieth century.

Social Science Approaches to the Study of Chinese Society Part 2

Social Science Approaches to the Study of Chinese Society Part 1