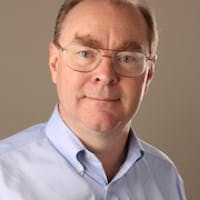 Professor of the Practice

David Banks is a Professor of the Practice in the Department of Statistical Science at Duke University. He received his PhD in statistics in 1984 from Virginia Tech. He has previously served on the faculties at Carnegie Mellon University and the University of Cambridge, and he also spent six years in the federal government, at NIST, the DOT, and the FDA. His research areas include evidence-based public policy, adversarial risk analysis, dynamic text networks, statistical computation, and metabolomics. He is a former editor of the Journal of the American Statistical Association and the founding editor of Statistics and Public Policy. He has led research programs in data mining at the Isaac Newton Institute and at the Statistical and Applied Mathematical Sciences Institute, has twice served on the Board of Directors of the American Statistical Association, and currently sits on the board of the International Society for Bayesian Analysis. He is president of the International Society for Business and Industrial Statistics, and past-president of the Classification Society.