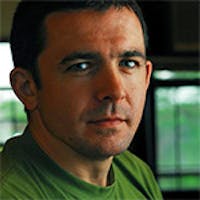 Assistant Professor of Entomology and Biology

David Hughes, PhD an assistant professor of Entomology and Biology at the Center for Infectious Disease Dynamics where he studies the role of behavior in driving disease in insect societies and agroecosystems. His interests lie in parasites and behavior; especially in situations where the host is social as in the case of ants and humans. Role of behavior in disease transmission is of particular interest. At one extreme we have parasites that have evolved strategies to control host behavior and at the other there is the ability on the part of hosts to completely avoid infection through behavioral defense. To approach the former he uses ants and other insects that are manipulated by diverse parasites. Most of David's recent work has been on fungi that control ant behavior- the zombie ant phenomenon which is one of the most dramatic examples of behavioral manipulation we know about. To approach the latter example (of behavioral defense) David and his group study ant societies in both the rainforest and the lab to ask how to the recognize and avoid disease. David takes his understanding of disease in rain forests and works in tropical farms that have come to replace forests to ask how the ecological disruption affects the spread of plant diseases. Humans are also social of course so studying disease in ants leads one to think of disease in humans. David has recently become very interested in human behavior and in particular the expression of altruistic care by certain individuals during epidemics. David is working on the thesis that belief systems shape the expression of this behavior. David is very interested in biodiversity and life histories and how extreme our lack of knowledge is in this regard. A lot of his work is in tropical rain forests on understudied taxa which drives home the apparent ignorance we have. Such simple things as the behavior of infected individuals and vectors; or the diversity of parasites in apparently well known groups remain unknown. This lack of knowledge extends to agroecosystems where he works. To remedy this he came up with the idea of linking farmers around the world to share knowledge and together with Marcel Salathe developed PlantVillage. He is also very much interested in the concept of the extended phenotypes. Finally, he likes architecture and how the cultural evolution of cities shapes the evolution of diseases.

Epidemics - the Dynamics of Infectious Diseases