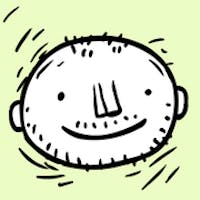 Fran Krause was born in Utica New York. After earning his BFA at the Rhode Island School of Design, he relocated to New York City, where he worked as an animator and story artist on several shows including Blue’s Clues, Superjail, Little Einsteins, and Saturday Night Live. His short film Mister Smile screened at over fifty film festivals and won top prizes at the Ottawa Animation Festival, the Atlanta Film and Video Festival, and the USA Film Festival. He also directed and co-created two pilots for Cartoon Network, Utica Cartoon and Upstate Four. Fran relocated to Los Angeles in 2010 to join the faculty in the Character Animation Department of CalArts. He has since animated for Buck Studios and National TV and worked on storyboards with Cartoon Network for Over the Garden Wall at Cartoon Network. He received his MFA in Interdisciplinary Arts from Goddard College in 2014. Fran is the creator behind the popular Deep Dark Fears comic series, which has been compiled into a book by Ten Speed Press and released in September 2015. See it here!