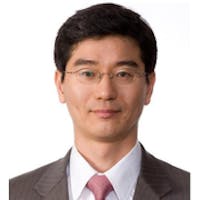 Professor Hyun-Han Shin is a professor of finance in Yonsei School of Business. He has also served as an Outside Director or Committee member of various Korean Conglomerates and Government Organizations. In 2012, he was recognized as the YSB Outstanding Teacher of the Year for his Executive MBA course. He continually challenges his students and sets high expectations for them. He began his teaching career at University of Oregon as a visiting assistant professor in 1995. He went to California Polytechnic State University in 1996 as an associate professor, and moved to State University of New York at Buffalo in 1998. He joined Yonsei University in 2002 as an assistant professor of finance. He is tenured in 2005 and became a full professor in 2010. He also served as an Associate Dean in YSB between 2010 and 2012. His current research includes corporate governance and innovation, performance of suppliers of family firm customers, and CEO turnover of state-owned-enterprises. He has earned many outstanding research awards from various academic associations.