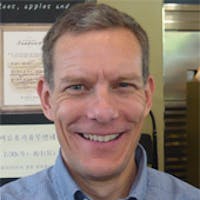 Matthew O. Jackson is the William D. Eberle Professor of Economics at Stanford University, an external faculty member of the Santa Fe Institute, and a senior fellow of CIFAR (the Canadian Institute for Advanced Research). Jackson's research interests include game theory, microeconomic theory, and the study of social and economic networks, on which he has published many articles and the book Social and Economic Networks. Jackson is a Member of the National Academy of Sciences, a Fellow of the Econometric Society and the American Academy of Arts and Sciences, and his honors include the Social Choice and Welfare Prize, the John von Neumann Award from Rajk Laszlo College, a Guggenheim Fellowship, and the B.E.Press Arrow Prize for Senior Economists. He has served as co-editor of Games and Economic Behavior, the Review of Economic Design, and Econometrica.