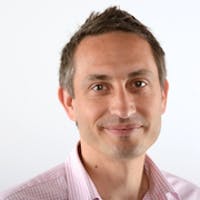 James Humberstone's output is influenced by his research background in experimental music, and his interest in composing for children and community ensembles. Born in London, Humberstone migrated to Australia in 1997 after completing a degree in composition at the University of Exeter. His honours thesis was on the music of Howard Skempton, with whom Humberstone studied briefly after graduating. Humberstone has often cited Skempton as his greatest influence. By combining postgraduate studies in composition and experimental music with education qualifications and an 11 year residency at Sydney's MLC School, Humberstone developed an approach to combining new and challenging music for children with supporting resources, and continued to extend his experimental research and practice. He also combined knowledge about technology gained through nearly a decade at Sibelius Software with his compositional and education experience, and has become a leading authority in this field, publishing and regularly speaking at conferences internationally. In 2013 Humberstone completed his PhD and was appointed Lecturer in Music Education at the Sydney Conservatorium of Music. Today he works in the fields of composition, music education and technology research, as well as experimental music.

The Place of Music in 21st Century Education