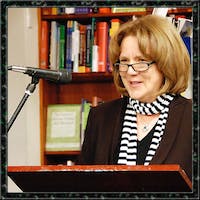 Professor Hoorn is an art historian, curator and film historian who holds a personal chair in Visual Cultures at the University of Melbourne. She has been a visiting fellow at the University of London, at UC Berkeley and at the Center for British Art, Yale as well as the Humanities Research Centre, Australian National University. Professor Hoorn has published eight books and many articles in the fields of Gender and art; French and British colonialism in film and painting; Orientalism; Darwinian theory in film and painting; Australian Indigenous art; Pastoralism in Australian art and on Portraiture. Her most recent book Moroccan Idyll, is a study of the Orientalist pictures completed by Australian artist Hilda Rix Nicholas during two painting seasons in Tangier. Reframing Darwin: Evolution and Art in Australia, accompanied the exhibition of the same title, shown at the Ian Potter Museum of Art in July-September 2009, as part of the celebrations for the bicentenary of the birth of Charles Darwin.
Professor Hoorn is a pioneer in digital learning, having designed an on-line tutorial based on Charles Chauvel's classic Australian film Jedda in 2000. Professor Hoorn is currently working on establishing international collaborative projects in on-line platforms such as Coursera, bringing together the collections of the National Gallery of Victoria in Melbourne, MoMA in the New York and the Huntington San Marino. She is also currently undertaking ARC funded research investigating the representation of the emotions in paintings about animals by 18th century British and French artists. In addition she is an advocate for the Kingdom of Morocco in International forums such as the United Nations.

Sexing the Canvas: Art and Gender