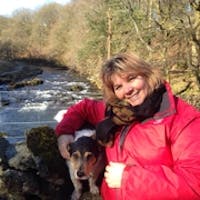 Professor of One Welfare

Professor of One Welfare at the Eastern Institute of Technology in New Zealand and Formerly the University of Edinburgh's Jeanne Marchig Chair of Animal Welfare Education, Inaugural Director (Jeanne Marchig International Centre for Animal Welfare Education) and Currently Exec Dean of Faculty of Education, Humanities and Health Science at EIT. Nat gained her Zoology degree from Glasgow University, and PhD from Cambridge University Vet School funded by the British Veterinary Association’s Animal Welfare Foundation. In 1990, she joined Edinburgh University and became the director of the new Postgraduate Masters in Applied Animal Behaviour and Animal Welfare, the first of its kind and still extremely popular. She first moved to New Zealand in 2005 to take up a Chair in Animal Welfare, and became Head of the School of Natural Sciences and Associate Dean (Research) at Unitec institute of Technology, before returning to Scotland early in 2011 to take up a new challenging position as the inaugural Director of the Jeanne Marchig International Centre for Animal Welfare Education, based at the Royal (Dick) School of Veterinary studies. The Centre is committed to improving the quality of life for all animals through education, training and by influencing policy at the highest level. She left Edinburgh to take up her new position as Professor of One Welfare, and Executive Dean of the Faculty of Education, Humanities and Health Science late in 2016, but continues to be involved with her Edinburgh team as their Hon. Professor.

The Truth About Cats and Dogs