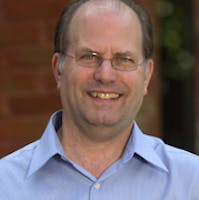 Paul Chaney's recent landmark study found a direct correlation between the public perception of an auditor's reputation and a company's market value. Entitled "Shredded Reputation: The Cost of Audit Failure," the study was first presented at the London Business School in 2002 and received significant national news coverage in the wake of the Andersen-Enron debacle. Since joining the Owen faculty in 1984, Paul Chaney has won three teaching awards as well as the Dean's Award for Excellence in Research in 2003. He has co-authored, with Debra Jeter, a textbook, Advanced Accounting, published by John Wiley & Sons, Inc., and over 20 research papers for academic journals. Professor Chaney also has published numerous articles on subjects including: the quality of earnings, earnings management, and the market for audit services. He is a member of the American Accounting Association and the Institute of Management Accountants. Professor Chaney currently serves on the editorial board of The Accounting Review.