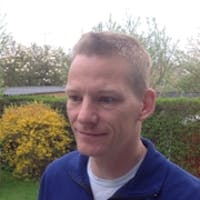 Peter Møller obtained a master degree in human biology in 1995. PhD and Doctor of Medical Science degrees were subsequently obtained in genetic toxicology of environmental agents. Since 2012 he has been professor at the Department of Public Health, University of Copenhagen, Denmark. He has approximately 20 years of research experience in particle toxicology, including studies on combustion-derived particles and nanomaterials in cell cultures, experimental animal models and controlled exposure studies in humans. The research has focused on mechanisms particle-generated cardiovascular disease and cancer, with emphasis in inflammation, oxidative stress, atherosclerosis, microvascular dysfunction, genotoxicity and DNA repair. Peter Møller has been IARC Working Group Member for the evaluation of carcinogenic risk to humans of outdoor air pollution (2013) and some nanomaterials and fibers (2014). Peter Møller is course leader and teacher of several courses of environmental medicine, including air pollution and health effects, at the University of Copenhagen.

Air Pollution – a Global Threat to our Health