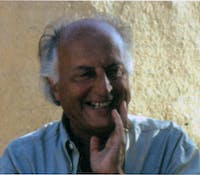 Paolo Matthiae is Emeritus Professor of Archaeology and Art History of the Ancient Near East in Sapienza University of Rome, and Fellow of the Accademia dei Lincei (Rome), Académie des Inscriptions et Belles-Lettres (Paris), Akademie der Wissenschaften (Wien), Royal Swedish Academy (Stockholm) and Deutsches Archäologisches Institut (Berlin). He received the Ad Honorem Doctorate from the Universities of Madrid and Copenhagen. In 1996 he was nominated Knight of Great Cross of Italian Republic, the highest Italian honour. Between March 2001 and November 2004 he has been Dean of the Faculty of Humanistic Sciences in Sapienza University and between 2005 and 2008 he has been Vice-President of the same University for Cultural Initiatives. Since Arpil 2001 he is member of the Prize Committee of the International Foundation Balzan, Zürich-Milan. He is the discoverer of Ebla, Syria, where he started the excavations in 1964 and directed 47 work seasons till 2010. Since the beginning, in 1998, he is the Chairman of the Scientific Committee of the International Congress of the Archaeology of the Ancient Near East (1998 Rome; 2000 Copenhagen; 2002 Paris; 2004 Berlin; 2006 Madrid; 2008 Rome; 2010 London; 2012 Warsaw). Between his many publications (18 books and more than 230 articles in scientific journals): Ebla. An Empire Rediscovered (1978), Il sovrano e l’opera. Arte e potere nella Mesopotamia antica (1994), L’arte degli Assiri (1996), La storia dell’arte dell’Oriente antico, 3 vols (1996-2000), Prima lezione di archeologia orientale (2008), Gli Archivi Reali di Ebla (2010), Ebla, la città del trono. Archeologia e storia (2012).

Recovering the Humankind's Past and Saving the Universal Heritage