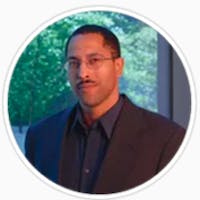 Professor of Computer and Information Science

Dr. Taylor received his A.B. degree in Electrical Computer and Systems Engineering from Harvard College in 1988 and his M.S. and Ph.D. degrees from Yale University in 1990 and 1994 respectively. Dr. Taylor was the Jamaica Scholar in 1984, a member of the Harvard chapter of Phi Beta Kappa and held a Harvard College Scholarship from 1986-1988. From 1994 to 1997 Dr. Taylor was a postdoctoral researcher and lecturer with the Department of Electrical Engineering and Computer Science at the University of California, Berkeley. He joined the faculty of the Computer and Information Science Department at the University of Pennsylvania in September 1997. He received an NSF CAREER award in 1998 and the Lindback Minority Junior Faculty Award in 2001. In 2012 he received a best paper award at the IEEE Workshop on the Applications of Computer Vision. Dr Taylor's research interests lie primarily in the fields of Computer Vision and Robotics and include: reconstruction of 3D models from images, vision-guided robot navigation and smart camera networks. Dr. Taylor has served as an Associate Editor of the IEEE Transactions of Pattern Analysis and Machine Intelligence. He has also served on numerous conference organizing committees and was a Program Chair of the 2006 edition of the IEEE Conference on Computer Vision and Pattern Recognition and of the 2013 edition of 3DV. In 2012 he was awarded the Christian R. and Mary F. Lindback Foundation Award for Distinguished Teaching at the University of Pennsylvania.