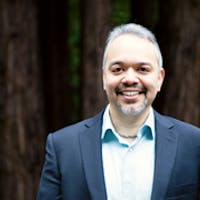 Herbert Lee is Professor of Statistics in the Jack Baskin School of Engineering at the University of California, Santa Cruz, where he also serves as Vice Provost for Academic Affairs. He received his B.S. in Mathematics from Yale University, and his M.S. and Ph.D. in Statistics from Carnegie Mellon University. He completed a post-doc at Duke University before joining the UC Santa Cruz faculty in 2002. He is an applied Bayesian statistician with research interests that include computer simulation experiments, inverse problems, optimization, spatial statistics, classification and clustering, and neural networks. His published research includes two books, Bayesian Nonparametrics via Neural Networks and Multiscale Modeling: A Bayesian Perspective (co-authored with Marco Ferreira) as well as a wide variety of papers.