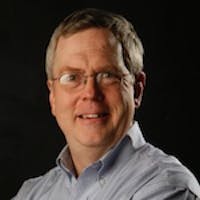 Owen Youngman was appointed to the Knight Chair at Medill in January, 2009, after a 37-year career at the Chicago Tribune focused on new product development, innovation, and interactive media. He created such Web sites as chicagotribune.com and metromix.com as the Tribune’s first director of interactive media (1995-99); directed the development and launch of RedEye (2002), the Tribune’s successful daily for young urban commuters; and, in nine years as a vice president and senior vice president, oversaw strategy and development, marketing, and the company's developing businesses. At Medill, Youngman teaches both graduate- and undergraduate-level courses, including the graduate school’s capstone innovation projects; collaborative courses with professors from the McCormick School of Electrical Engineering & Computer Science; and classes he has created in which students analyze the role of technology and media economics in journalism today, and anticipate the changes that will take place in the future. A user of online services since 1982, Youngman served on a 1992 task force that created Tribune Company’s first explicit technology strategy, with a focus on creating and storing information in media-independent formats. Later, after inaugurating the Chicago Tribune’s editorial efforts on America Online, in 1995 he received Tribune Co.’s Values Award for directing the year-long, cross-company project that led to Good Eating—a reinvention of the Chicago Tribune food section that was mirrored both on television and online, taking the then-radical approach of making its content available (both on TV and on AOL) three days before appearance of the printed section. During a Tribune career that began in 1971 as a copy boy on the weekend night shift, Youngman held newsroom positions including deputy sports editor, associate metropolitan editor/suburban news, associate features editor, associate managing editor/financial news and managing editor/features. His responsibilities on the business side from 1999 to 2008 included strategic marketing; community relations and the Tribune’s philanthropy; direction of the company’s developing businesses, including CLTV News, Hoy, Chicagoland Publishing Co., and RedEye; events; research; readership growth; and cross-company project management. He led teams that acquired Chicago magazine and the Printers Row Book Fair, where he has interviewed authors such as Garry Wills, Umberto Eco, and Nicholas Carr. In 2007, Youngman worked directly with Google on behalf of Tribune Co. as part of an industry investigation of how the search giant's advertising approach might be used in newspapers. In 2008, he envisioned and helped create a social media strategy that increased traffic to chicagotribune.com by 10% within three months. (In June 2013, he was selected to participate in Google's "Glass Explorers" program as an early purchaser of the wearable computing device Google Glass.). Youngman received the honorary degree of Doctor of Humane Letters from his alma mater, North Park University, in 2005, and is a member of the Ashtabula (Ohio) High School Alumni Hall of Fame. He serves on many nonprofit boards, plays the trombone, and has sung the National Anthem at Wrigley Field.