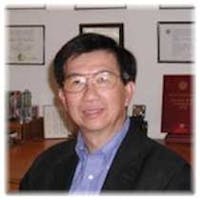 Professor Wan has had a long and distinguished career in applied mathematics and engineering mechanics and has made important contributions to the fields of resource economics, neurosciences, viral dynamics, and developmental and cell biology, as well. He has served on the editorial boards of such publications as the Journal of Applied Mechanics, International Journal of Solids and Structures, the Journal of Mechanics of Materials and Structures, Studies in Applied Mathematics, and the International Journal of Numerical Analysis and Modeling-Series B. He was elected as Fellow of the American Academy of Mechanics in 1982 and a Life Fellow of the American Society of Mechanical Engineers in 1988. For his broad contributions to the mathematical sciences, he was elected a Fellow of the American Association for Advancement of Science in 1994, a Foreign Member of the Russian Academy of Natural Sciences in 1999, and a Fellow of the Society of Industrial and Applied Mathematics in 2011. His contributions to higher learning administration are no less distinguished, having been appointed the founding chair of the newly formed Department of Applied Mathematics at the University of Washington in 1983, the Divisional Dean of Natural and Mathematical Sciences (overseeing 14 departments at the University of Washington) in 1988, and, here at UC Irvine, the Vice Chancellor for Research and Dean of Graduate Studies in 1995. He has since resumed his regular faculty position as Professor of Mathematics with joint appointments as Professor of Mechanical and Aerospace Engineering and (for the period 1997 – 2003) Professor of Civil and Environmental Engineering.