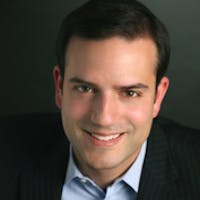 Barry Scott Wimpfheimer is Director of The Crown Family Center for Jewish and Israel Studies and Associate Professor of Religious Studies and Law at Northwestern University. He is the author of Narrating the Law: A Poetics of Talmudic Legal Stories and the forthcoming The Talmud: A Biography in Princeton University Press’ series “Lives of Great Religious Books.” A native New Yorker, Wimpfheimer received rabbinic ordination from Yeshiva University and a PHD in Religion from Columbia University, where his 2005 dissertation was awarded the Salo and Jeanette Baron Prize in Jewish Studies. Before coming to Northwestern, Wimpfheimer was a Malvin and Lea Bank Early Career Professor at Penn State and a Harry Starr Fellow at Harvard. In 2011-2012, he was a Fellow of the Alice Kaplan Institute for the Humanities at Northwestern. He loves to sing and is an avid sports fan who likes to play basketball and practice yoga.

The Talmud: A Methodological Introduction