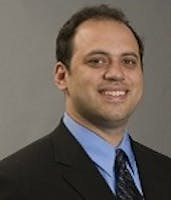 Prof. Ethan Mollick studies innovation and entrepreneurship, and the ways in which an individual’s actions can affect firms and industries. His research includes early-stage entrepreneurship and crowdfunding; the way in which communities of users come together to innovate; and the factors that drive the performance of entrepreneurial companies. Prof. Mollick also co-authored a book on the intersection between video games and business that was named one of the American Library Association’s top ten business books of the year, and has studied the way that games can be used to motivate performance and education. He has published papers in leading academic journals, and he was among the 100 most downloaded authors (out of over 230,000) on the Social Science Research Network and was named one of the "40 Most Outstanding Business School Professors Under 40." Prior to his academic career, he was co-founder of a company and a management consultant. Prof. Mollick has worked with organizations ranging from DARPA to General Mills on innovation and entrepreneurship. Ethan Mollick received his PhD (2010) and MBA (2004) from MIT's Sloan School of Management and his bachelor's degree from Harvard University, magna cum laude, in 1997.