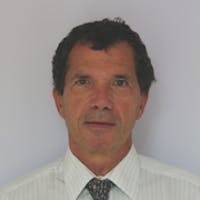 Member of the Council of Environment and Sustainable Development

Graduated as Engineer from Ecole Polytechnique and Ecole nationale des Ponts et Chaussées in Paris, and Master of Science from University of California in Berkeley in Civil Engineering. He worked for 25 years at the Laboratoire Central des Ponts et Chaussées (French Public Works research laboratory) in the areas of geotechnics and pavement engineering, where he managed different research teams before being appointed as Technical Director for the road sector. In early 2002, he joined the World Road Association (PIARC) as the Secretary general until April 2016. Currently member of the Council of the French Ministry in charge of Transports. He is responsible for the course on Road design at the Ecole des Ponts. He was chief editor or co-editor of a number of the French technical guidelines in road geotechnics and pavement engineering published by the French Administration.