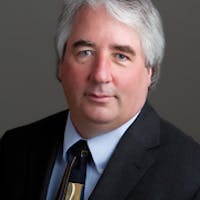 Martin K. Casstevens is the Business Formation and Commercialization Manager in the Business and Entrepreneurial Partnerships (BEP) office after 8 years with a related position in the Office of Science, Technology Transfer and Economic Outreach (STOR) at the State University of New York (SUNY) at Buffalo (University at Buffalo – UB). In these positions, he is responsible for or plays a role in startup business formation, entrepreneurial activities, technology evaluations, lecturing, incubator management, company mentoring, SBIR/STTR support/mentoring, venture financing, a student business plan competition, and numerous outreach functions. He is also an active contributor to numerous regional and statewide technical and business organizations. Mr. Casstevens is the Executive Director of UB’s NSF I-Corps Site program and was the Director at the Directed Energy, a New York State Energy Research and Development Agency (NYSERDA) - funded virtual energy business incubator with clients in a wide range of technical areas. He has served as a judge to several Business Plan competitions including 43North – the largest in the world. Mr. Casstevens has considerable experience in business management, administration, and organization over his career. He was the Business Manager and Senior Scientist for more than fifteen years at Laser Photonics Technology, Inc. where he made numerous achievements both in his management and technical roles. Under his leadership, he developed many technological innovations in state-of-the-art laboratory facilities including scientifically advanced materials and products, testing services, and collaborations with strategic partners. He led the move to establish two new companies - one (Advanced Cytometry Instrumentation Systems) committed to state-of-the-art laser based medical analytical instruments and the other (Hybrid Technologies) to high performance holographic data recording systems. As a senior Scientist and PI, he directly led over two million dollars of externally funded research projects as well as being a staff scientist on all other projects in the company. He earned a BA in Psycho-Biology at Hamilton College and did graduate work from 1982 to 1989 in the Biophysical Sciences Program under the guidance of both Dr. Robert Baier and Dr. Paras Prasad at the University at Buffalo. In addition to his business management and administrative ability, Mr. Casstevens has strong scientific knowledge in surface chemistry and ultrafast laser spectroscopy of monomolecular films mimicking photosynthetic processes as well as in mass spectrometry, biochemistry, X-ray crystallography, polymer science, spectroscopy, and microscopy. He is an author of 15 scientific publications and one issued patent.