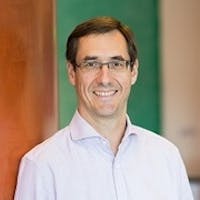 Laurent Vignon has been appointed Head of EMEA Loan Syndicate effective 1st of February 2016. Based in Paris, he manages loan syndication teams in Paris, London and Madrid responsible for loan structuring, underwriting and distribution in the region. Laurent Vignon was previously Head of EMEA Corporate & Acquisition Loan Syndicate since 2015. He joined Societe Generale in 1989 in the Canadian branch of the bank. Laurent joined the Loan Syndications team in Paris in 1994, then moved to London in 1998, where he became Head of European Leveraged Syndicate in 2004. Laurent then moved to New York in 2007 to help develop the US Leveraged syndicate platform, and became Co-Head of Americas Loan Syndicate in 2009. In 2012, he was appointed Head of Corporate & Acquisition Syndicate, covering Western Europe. He graduated from ESSEC Business School in 1987 and earned a Masters in Banking & Finance from Paris Dauphine University in 1988.