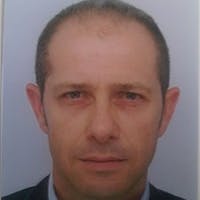 Jean-Pierre Cherbit joined the Real Estate Structured Finance department of Societe Generale Corporate & Investment Banking in 2007 in London and was appointed Head of the French team in 2016. Previously, he started his career in the Inspection Générale of the Group and held thereafter various positions in the Bank in Paris and London, especially as Head of Strategy & Development in the UK Fixed Income department in 2001 and as a Financial Institutions Banker in 2004. He is graduated from a Paris Engineer School in Mathematics.