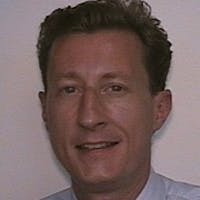 Since 2011, Pierre-Antoine is Deputy Head of Trade and Commodity Finance in Europe, the Middle East and Africa with teams in Geneva, London and Paris. Pierre-Antoine joined SG CIB in 1997 and has since held various positions within and around the natural resources sector in New York, Hong Kong and Paris. His roles have included originating and structuring project finance transactions in the energy and utilities sectors across the Americas and Asia as well as providing financial advisory services. He has also been in charge of repackaging loans originated by the bank for third party investors. Pierre-Antoine graduated from ESC Toulouse in 1995.