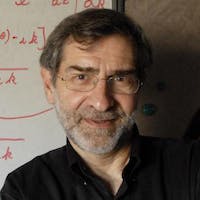 Henry A. Lester, Ph. D., is Bren Professor at the California Institute of Technology, where he has spent his entire teaching career. He has written more than 300 scientific papers and holds seven patents on drugs and the brain, including topics such as nicotine addiction and Parkinson’s disease. He served as President of the Biophysical Society and as a member of the Advisory Council of the U. S. National Institute of Mental Health (NIMH). He has conducted research sponsored by the California Tobacco-Related Disease Research Program, the Michael J. Fox Foundation, the McKnight Endowment for Neuroscience, NIMH, and the National Institutes of Drug Abuse, Neurological Disorders and Stroke (NINDS), Aging, Heart and Lung, and General Medical Science. He received the Fuller Award in Neuropharmacology from the American Society for Pharmacology and Experimental Therapeutics, the Cole Award in Membranes from the Biophysical Society, and two NINDS Jacob K. Javits Awards. He received degrees from Harvard and Rockefeller Universities.