This course explores some of the key themes and capabilities of cultural competence by exploring Aboriginal experiences and narratives of Sydney.

Australia was ‘claimed’ for the British Crown in 1770, by Captain James Cook, but the invasion began in earnest when the First Fleet of British arrived in 1788 and established a penal colony in Sydney. As a consequence Sydney is a city rich in diverse pre-colonial, colonial and contemporary sites of significance to Aboriginal peoples. Too often though our perceptions about Aboriginal peoples consign them to an ancient past or perpetuates stereotypical imaginations that Aboriginal peoples live in remote communities (Hinkson, 2010). At the heart of this MOOC is the theme that Sovereignty was never ceded and Sydney always was and always will be Aboriginal Land. Despite this the Aboriginal presence in the city is often invisible to non-Aboriginal eyes. This course aims to bring to light marginalised narratives of Aboriginal presence in this space. To understand hidden and marginalised narratives and experiences it is necessary to develop cultural competence capabilities. Key elements of practicing cultural competence include being able to understand and interrogate context, which in the case of Sydney includes not only learning about the peoples, places and histories of Aboriginal Sydney but to also understand issues about how knowledge is created and how dominant narratives can exclude diverse knowledges and experiences. Course learning outcomes 1. Develop knowledge about cultural competence capabilities. 2. Develop a deeper and multi-layered knowledge and understanding about Aboriginal peoples, cultures and places in Sydney. 3. Develop a greater understanding of how history, cultures and places are represented, contested and interpreted and how that relates to their own context. Acknowledgement of Country We acknowledge that this course was developed on the land of the Gadigal Peoples of the Eora nation. We pay our respect to the Traditional Owners of this land and acknowledge that the land that the University of Sydney was built on has been a place of learning for many thousands of years. 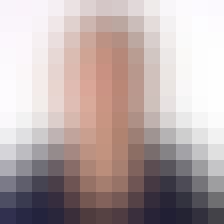 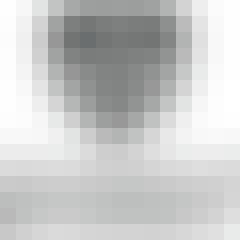 Our excellence in research and teaching makes the University of Sydney one of the top universities in Australia and highly ranked among the best universities in the world. In 2020, we were ranked second in the Times Higher Education (THE) University Impact Rankings, and first in Australia in the QS Graduate Employability Rankings.

Representation and visibility in Aboriginal Sydney

Sovereignty and self-determination in a colonised place

Aboriginal sovereignty has never been ceded. This means that Aboriginal peoples never came to any agreement which conceded their lands. One of the myths of colonisation was that Aboriginal people didn't resist. But they did resist, and they continue to fight for their sovereign rights in a myriad of different ways: from the overtly political to the revitalisation of cultures and languages, to expression through artistic endeavours. This week's lectures and activities highlight the many different perspectives about how people claim and embody sovereignty.

People, past and present

This week's lectures and activities aim to draw our attention to Aboriginal presence in the city. All around us - even in a developed city like Sydney - there are significant sites, but we often don't notice them. From ancient rock engravings to contemporary public art projects, significant sites serve as a reminder of the ongoing presence and occupation of the Sydney area by Aboriginal people for thousands of years. In this Module, we will be shown some sites by the CEO and Cultural Officer of the Metropolitan Local Aboriginal Land Council. We will also be introduced to the work of the City of Sydney council who are working on raising awareness and understanding about Aboriginal people in Sydney.

This week we will focus on stories and experiences of resistance and activism, many of which were fostered in Sydney's inner city areas. For many years, Aboriginal people from around the country came to Sydney and settled near the industrial areas, finding work there and making their home in Sydney's inner city suburbs. In particular, the suburb of Redfern is the birthplace of contemporary Aboriginal political consciousness, where the fight for self-determination became tangible. The people we hear from this week share their stories on how they have negotiated their identities and made sense of their own experiences within this context.

A valuable and hugely informative course. I am new to Australia and this course has helped me to understand many of the complex issues to do with the land's identity; past, present and future.

A fantastic and vital course. Lectures are succinct and easily digestible, with beautifully filmed and edited interviews providing a range of expert insights on the subject. Thank you!

I really enjoyed this course and learning about Cultural Aboriginal Sydney. Hearing the stories of the past cemented the knowledge firmly. I would highly recommend the course.

Very informative course delivered in a very accessible format with lots of video from people active in the Koorie community in Sydney. Thanks so much.