This course will review the emergence of the modern Middle East from the fall of the Ottoman Empire, at the end of the First World War to the present. We will discuss the Ottoman legacy in the region and the Western imperial impact on the creation of the Arab state system. The course will review the rise and retreat of Arab nationalism, the problems of internal cohesion of the Arab states, issues of religion and state, and the evolution of Islamist politics. We will also focus on the evolution of the Arab-Israeli conflict and its impact on the region and will conclude with an in depth analysis of the “Arab Spring” by placing these contemporary revolutionary events in their historical context.

Please note that there is a second part to this course which is a direct extension of this part. We highly recommend to continue to the second part after you finish this one (https://www.coursera.org/learn/modern-middle-east-2/home/info). 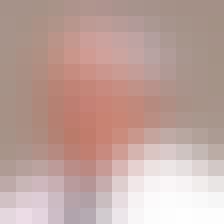 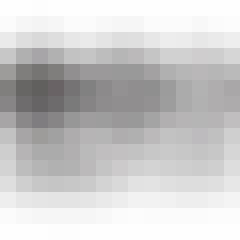 Tel Aviv University (TAU) is Israel's largest institution of higher learning – with over 30,000 students and more than 125 schools and departments in nine faculties. Global in outlook and impact, it is consistently ranked among the world's top 100 universities, as well as the top 20 institutions in terms of scientific citations. A spirit of openness and innovation is evident in all of TAU's teaching and research activities, breaking down barriers between disciplines, and boldly striving to address the twenty-first century's most pressing challenges.

In our first lesson, we will locate the Middle East in time and space. We will get to know the 19th-century Middle East, the structure of its society and economy as well as the dynamics of its politics. We will then look into the dramatic change that took place in the last quarter of the 18th century, that is the widening gap between Europe and the Middle East as we will dwell on the impact this change had on the future of the region. We will conclude our first lesson with a discussion on the "Eastern Question," which refers to the fate of the Ottoman Empire and the balance of power in Europe.

Modernity, Tradition and the Age of Reform

Our second lesson is a discussion on the forces of modernity and tradition in the Middle East. The filtering of European ideas into the Middle East engendered a process of reform in the region throughout much of the 19th century. We will analyse two centres of reform in this respect, namely the Ottoman Empire and Egypt. This analysis will take us next to the Islamic responses to the crisis of modernity as a result of the inherent tension between faith and secularism. We will see how various Islamic thinkers tried to find a compromise between these obvious tensions and at times went in more fundamentalist directions.

The Rise of Nationalism; The Demise of Empire

In lesson three, we will witness the rise of nationalism in the Middle East, as it became a much more acceptable idea in the late 19th and early 20th century among an intellectual, elitist, urban minority, who were the graduates of western-style schools (remember lesson two and the process of reform!). We will concentrate on the emergence and development of three nationalist movements; Turkish, Egyptian and Arab. Lastly, we will speak about the First World War and how it brought the end of the Ottoman Empire as well as the end of 400 years of Ottoman Turkish rule in the Arab countries. We will also see how the Middle East began to take its current shape following the First World War.

The Creation of the Middle East State System

In our fourth lesson, we will be speaking about the creation of the Middle East state system in accordance with British and French designs after the First World War. First, we will discuss Egypt and how its distinct historical development gave way to a unique liberal experiment in Egypt during the 1920s and 1930s and consequently to a steady shift toward Islam and Arab nationalism. Second, we will discuss the area of the Fertile Crescent in comparison to Egypt and the creation of British (Palestine, Trans-Jordan, Iraq) and French mandates (Syria, Greater Lebanon) in this region. Our attention will then shift to the non-Arab states. We will learn about the creation of the Republic of Turkey on the ruins of the Ottoman Empire and the sweeping process of modernising reform under Mustafa Kemal. Lastly, we will take a look at Iran, which was, like Turkey, not a new state created by the Great Powers but a country with a long history and cultural tradition. Our discussion on Iran will include an overview of its history from early 16th century onwards as well as the basic principles of the Shi'a which shaped greatly the political culture in Iran.

THE EMERGENCE OF THE MODERN MIDDLE EAST - PART I からの人気レビュー

I really like the professor and his narration, quite engaging and interesting course. The only suggestion I have is to improve the quizzes with more analytical rather than fact-based questions.

Lot of information and hundred of years of history in four weeks it is a great challenge. Only if participants interact more in the forum. Professor is excellent lecturer away from bias

An excellent introduction to the formation of what we know as the Middle East. This course offers great insight and context into this area, its peoples, cultures, economy, and politics.

A very clear, rigorous and ENJOYABLE presentation of a very complex subject. Definitely everyone interested in the roots of the modern Middle East troubles should take this primer.