This course introduces and explores William Shakespeare’s classic comedy, Twelfth Night. Interviews with actors who appeared in the Colorado Shakespeare Festival’s 2019 production of Twelfth Night, as well as lectures by scholars and theater professionals who work and teach at the University of Colorado Boulder, offer students insight into Shakespeare’s artistic vision and its applications. Exploring Shakespeare’s language, his characters, his humor and his world view, the lectures, interviews, and interactive learning experiences that make up this class will help students comprehend the power of Shakespearean comedy and the abiding appeal of Twelfth Night for its original audience and our contemporary moment. You'll explore the relationship between comedy and tragedy, the conflict inherent in desire, and the ways Shakespeare's words and works engaged his community, and yours.

This course strives to be of interest to multiple audiences, but we think it may particularly appeal to... * Shakespeare enthusiasts and the Shakespeare curious in all walks of life * Actors, theater practitioners, and teachers of Shakespeare everywhere * Secondary school and college students interested in expanding their studies of Shakespeare * Interested readers with little or no familiarity with Shakespeare 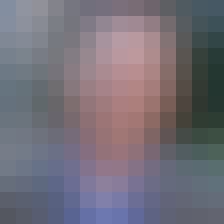 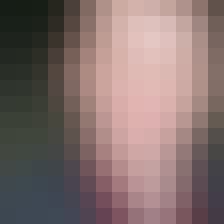 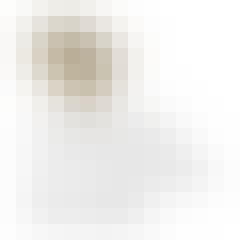 CU-Boulder is a dynamic community of scholars and learners on one of the most spectacular college campuses in the country. As one of 34 U.S. public institutions in the prestigious Association of American Universities (AAU), we have a proud tradition of academic excellence, with five Nobel laureates and more than 50 members of prestigious academic academies.

Twelfth Night and the World of the Play

This module provides an overview of Twelfth Night and introduces the play by exploring key aspects of the world it imagines. The interviews, lectures, and faculty roundtable explore the carnivalesque quality of the play, its humor, its language, and significant historical contexts. Dialogues with scholars and theater practitioners provide multiple perspectives on the nature of this narrative universe.

This module focuses on Shakespeare’s understanding of human psychology, especially the experience of desire. Twelfth Night dramatizes the folly associated with love, and also—as with all of Shakespeare’s comedies—revels in the tumult love creates. The world depicted in this play is characterized by a kind of collective madness that grows ever more chaotic as it progresses.

Module Three emphasizes how assumptions about social order fuel conflict in the play. The previous module emphasized the humor that derives from desire, but also the awareness of grimmer aspects of desire. The lectures, interviews and roundtables in this unit focus on desires that are not allowed. Desire creates conflict. This aspect of Twelfth Night is most obviously evident in the interactions among a number of the play’s minor characters, especially the conflict between Malvolio, on the one hand, and Sir Toby and Maria, on the other.

Twelfth Night and the Limits of Comedy

This module focuses on how Shakespeare’s play both conforms to the expectations of the comedic genre and challenges the genre’s conventions. Such tensions are especially evident in the play’s resolution. Even as the play provides the marriages expected at the end of a comedy, the play also draws attention to characters excluded from such happy endings. Twelfth Night derives great humor from the chaos prompted by love; but the conflicts unleashed in the course of the play’s action cannot all be resolved by the marriage of some members of the community.

Applied Shakespeare in the Community: A Case Study

In this module we will briefly explore a case study of how Twelfth Night has been re-interpreted and repurposed by the Colorado Shakespeare Festival’s Shakespeare in the Schools project. Module five examines how Malvolio's story offers a platform for conversations relevant to our own day about communities and violence.

In this optional bonus module, we include for you the full-length Twelfth Night actor interviews in case you are interested in digging deeper into these discussions. Reviewing these videos isn't a course requirement, but we wanted to include them for your benefit.