Stalin and Stalinism in Russian History

Stalin and Stalinism in Russian History

The course presents the life and deeds of Joseph Stalin, the leader of the Soviet Union from 1924 till 1953. It analyses the reasons for his actions and their results, as well as the causes of his popularity in Russia today. It offers an analysis of the phenomenon of Stalinism and of its significance for Russia and beyond.

In the late 1920s – early 1930s Stalin directed the massive and rapid industrialisation of the country and the forced collectivisation of its agriculture. The industrialisation was based on forced labour, and collectivisation on repression, but both helped to create the material base for the Soviet defence industry. In the late 1930s Stalin unleashed mass terror against the Soviet people, in which millions perished. In his view this helped to rid the country of any potential internal enemies on the eve of the coming war. The USSR, together with its allies, won the Second World War, but at the cost of dozens of millions of lives. Stalin was instrumental in creating the post-war order. The system which he created in the 1930s shaped the USSR as it was during his lifetime and for decades after his death. It also influenced the lives of millions of people beyond the Soviet borders. The course will enable those who take it to develop an informed understanding of the Stalin era and of the phenomenon of Stalinism. Do you have technical problems? Write to us: coursera@hse.ru 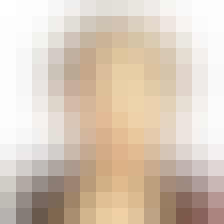 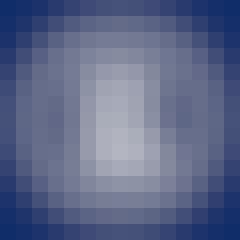 HSE University is one of the top research universities in Russia. Established in 1992 to promote new research and teaching in economics and related disciplines, it now offers programs at all levels of university education across an extraordinary range of fields of study including business, sociology, cultural studies, philosophy, political science, international relations, law, Asian studies, media and communicamathematics, engineering, and more.

Stalin and Stalinism in Russian History. About this Course.

The first lecture introduces students to the course and to imperial Russia, the country in which Stalin was born. It describes social and economic condition and the political situation in the Russian Empire in the late 19th - early 20th century. The last part of the lecture describes Stalin’s childhood and discusses his personality and the reasons for his turn to radical revolution.

Between the Two Revolutions

Lecture 2 describes Russian revolutions of 1905 and 1917 and the place and role of the Bolsheviks in them. It follows Stalin’s career in the Bolshevik party and describes his activities during both revolutions.

Stalin's Revolution from Above

Lecture 4 analyses Stalin’s ‘revolution from above’ and the new social and economic order created by Stalin. It outlines Stalin’s reasons for collectivisation and industrialisation and the way in which they were implemented. It analyses the human and economic costs of Stalin’s radical transformation to the country and its people.

Lecture 5 describes the establishment of Stalin’s unchallenged and unchallengeable dictatorship. It gives an outline of Stalin’s terror campaigns and analyses their effect on Soviet society. It also looks in the creation of the new generation of Soviet elite, moulded by Stalin.

Lecture 6 is devoted to political developments before World War II and during its first years. It follows Stalin’s reasons for his Pact with Nazi Germany and its consequences. The second part of the lecture describes the retreat of the Red Army after the German invasion of the USSR (1941-1942) and Stalin’s policy during this period.

Lecture 7 covers the period from the 1943 offensives and victories to the Red Army’s final dash to Berlin. It analyses Stalin’s military tactics and assesses his role in the war and in the making of the post-war order.

The Last Years of the Dictatorship

Lecture 8 is devoted to the post-war period, the last years of Stalin’s life. It describes the beginning of the Cold War, Stalin’s policy in Eastern Europe and Stalin’s relations with China. It analyses the Soviet post-war economy and Stalin’s attempt to return to the old order and to rule by terror.

Lecture 9 analyses Stalinism as a phenomenon, its roots and its character. It gives a survey of literature about the Stalin era, Stalin and Stalinism. It also contains an interview with Oleg Khlevniuk, the top Russian authority on Stalin and Stalinism, author of Stalin: New Biography of a Dictator.

The last lecture describes the long process of de-Stalinisation in Russia. It looks into the phenomenon of Stalinism abroad and analyses the reasons for the revival of the Stalin cult in today’s Russia.

A great course. A very interesting topic that gives a lot of details. A good course for people interested in history. The assignments at the end of the lecture help to remember all the material.

This was quite detailed. There is so much to be learned from this class. And to think, it all is relatively recent history. Thank you.

This course was very interesting. I learnt a lot about Russian history and I was happy to read the book recommended.