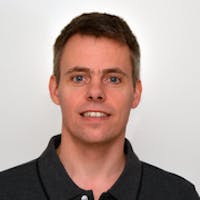 I am a professor in aero-servo-elasticity and dynamics of rotary systems. My area of expertise lies within modal dynamics, aeroelastic stability and control of wind turbines, but I have also a broad knowledge within mathematical modelling, design, validation and certification of wind turbines. I received a PhD with aeroelasticity and nonlinear dynamics from DTU in 1999 and have since then worked with wind turbines at Risø National Laboratory that later merged with DTU. During a one and a half year leave from DTU, I have worked as an advisory engineer at Siemens Wind Power where I have obtained knowledge of the practical challenges in wind turbine design, validation and certification.