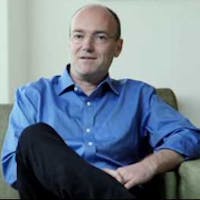 Richard Waterman has been teaching at the Wharton School of the University of Pennsylvania since 1993, first as a tenure track professor and subsequent to founding Analytic Business Services as an Adjunct Professor of Statistics. He has held positions in Government, academia and consulting, working in London, Harare, and Philadelphia. A native of England, Richard has been living in the US with his three children for the last 20 years. He obtained his BSc in Mathematics from Bristol University in England and a PhD in Statistics from Penn State University.