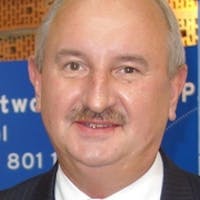 Andrzej Grzegorz Baranski completed his medical study in 1985 at the Medical University of Warsaw, Poland. As a surgical resident, in 1990 he defended under supervision of prof. Polanski his doctoral thesis in the field of experimental liver transplantation. As a physician and university lecturer associated with medical University of Warsaw, he extended his experience in the field of transplant surgery in Belgium, The Netherlands and USA. Since 1997 he has been working as a transplant surgeon at the Leiden University Medical Center, Leiden, the Netherlands. In 2011 for merits in the field of organ procurement and transplantation he has obtained from Executive Committee and the Review Panel for Honorary Diplomas of the Division of Transplantation of the European Union of Medical Specialists (UEMS) and the European Board of Surgery (EBS) - Honorary European Diploma in Transplantation Surgery (Modules 1:Multi-organ retrieval and 2: Kidney transplantation, 3: Pancreas transplantation and 4: Liver transplantation. Diploma was unanimously approved in Glasgow on the 7th of September 2011. Since that time he got the title of Fellow of the European Board of Surgery (FEBS). Dr Baranski is an author of numerous worldwide publications (books, cd-room, chapters, and articles) and member of prestigious scientific societies. He is also a chairman and programme director of national and international courses in the field of abdominal surgical anatomy, surgical techniques, organ transplantation and procurement as well as inventor or co-inventor of surgical techniques.