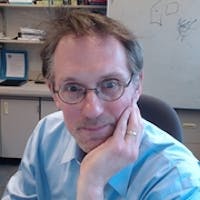 Loren Terveen is a Professor of Computer Science at the University of Minnesota. Before joining the University of Minnesota, he received his PhD in Computer Sciences from the University of Texas at Austin, and then spent 11 years at AT&T Labs / Bell Labs. Terveen is an expert in the areas of human-computer interaction and social computing. He has published over 100 scientific papers, holds 9 patents, has advised several startup companies, consulted on intellectual property cases, and has held many leadership positions in his profession, including serving as President of ACM’s Special Interest Group on Computer-Human Interaction. Terveen's current areas of research emphasis are: peer production systems and the quantitative analysis of social media data. He has led projects that have: revealed new information about how valuable content is created on Wikipedia, produced and deployed new interface designs to enhance participation in online communities, developed a new location-based messaging system, combined wiki and geographical information systems technologies to create novel interfaces that let people enter and access information about places in their local communities, and created the first fully functional geographical wiki. In all his work, he seeks to use knowledge gained from empirical studies to build novel systems that solve real problems.