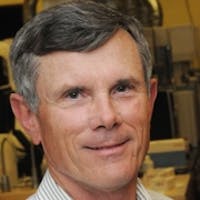 Professor in the Practice of Engineering Leadership

David joined the staff of the Rice Center for Engineering Leadership (RCEL) in August 2014 following a 34 year career as a Technologist and Manager in Shell’s research and development organization. During his Shell career, he held a variety of positions in which he was responsible for process development, manufacturing technical service, and product support to several downstream refining and chemical businesses. David’s research and management experience includes work in the detergents, solvents, resins, and glycols businesses. He was also active in Shell’s recruiting efforts for over fourteen years as a campus interviewer (Princeton, MIT, University of Houston, Rice). David had a parallel career in the Army Reserve, and retired after 32 years of active and reserve service in 2005 as a Brigadier General. He was commissioned in the Army through ROTC at Princeton University (1973). During his Army career, David commanded troops at the Battalion, Group, and Brigade level. His assignments included active duty tours in Italy and Germany. David returns to Rice after receiving his PhD here in Chemical Engineering in 1981.

Self Awareness and the Effective Leader