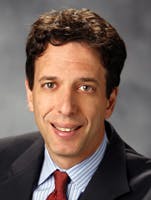 Associate Professor of the Practice

David Schanzer is an associate professor of the practice at Duke University and director of the Triangle Center on Terrorism and Homeland Security, a research consortium between Duke, UNC-Chapel Hill and RTI International. In these capacities, he teaches courses on counterterrorism strategy, counterterrorism law and homeland security. Prior to his academic appointments, Schanzer was the Democratic staff director for the House of Representatives Committee on Homeland Security from 2003 to 2005. He previously served as the legislative director for Sen. Jean Carnahan (2001-2002), counsel to Sen. Joseph R. Biden Jr. (1996-1998), and counsel to Sen. William S. Cohen (1994-1996). His positions in the executive branch include special counsel, Office of General Counsel, Department of Defense (1998-2001) and trial attorney, United States Department of Justice (1992-94). Schanzer was a clerk for U.S. District Judge Norma L. Shapiro and in the Office of the Solicitor General of the United States. Schanzer is a graduate of Harvard College where he received an A.B. cum laude in government in 1985 and of Harvard Law School, where he served as an editor of the Harvard Law Review from 1987-1989. Schanzer has appeared on international, national and local radio and television discussing terrorism and homeland security and is the author of more than 30 op-ed articles on these subjects that have appeared in newspapers around the country.

Understanding 9/11: Why 9/11 Happened & How Terrorism Affects Our World Today