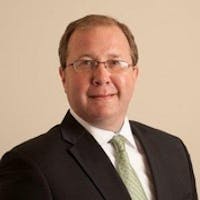 Jason Wohlman has spent his entire career in higher education advancement, successfully leading both institutionally related foundations and public universities in their fundraising and alumni engagement efforts. Currently he is the Associate Vice Chancellor for University Development at the University of California Davis. In this role, which he has held since 2012, he provides senior leadership to the reporting units in principal giving, international development, planned giving, foundation and corporate giving, regional fundraising, intercollegiate athletic development, annual and special giving, donor relations, development communications, prospect research and development recruitment. In 2014, UC Davis announced the successful conclusion of its first comprehensive campaign raising in excess of $1.1 billion in gifts. Prior to his tenure at UC Davis, Jason served as the Associate Executive Director and Chief Development Officer for the North Dakota State University Development Foundation. At NDSU, he served in a leadership capacity assisting the campus in completing two comprehensive university-wide campaigns, growing endowed assets from under $10 million to over $100 million and facilitated the private funding of multiple stand-alone construction projects. He is a graduate of Minnesota State University which is where he started his development career as the Director of Annual Giving and facilitated both the establishment of a young alumni network and the coordination of athletic development efforts.