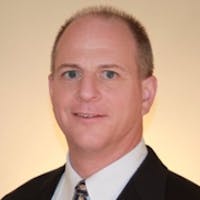 John Walicki is a Watson IoT Developer Advocate and inspires developers to build solutions with the powerful Watson IoT capabilities, Watson Cognitive APIs and IBM Bluemix. He helps developers create custom IoT and embedded Linux solutions for their industrial and educational use cases. John previously held roles as the IBM I/T Workplace of the Future Strategist, where he led the internal IBM Open Computing strategy, and as the IBM I/T Client Platform Architect, where he was responsible for the IBM internal strategy for Windows, Linux, and Mac. John established the Bring Your Own Device strategy at IBM and is an expert on mobile devices, desktop virtualization, and open standards. He led the open-standards-based Browser Independence deployment of Firefox within IBM. John was also a manager in the Watson Information Services Department at the IBM T.J. Watson Research Center. In addition to over 25 years of IBM experience, John holds a BS in Electrical Engineering from Lehigh University.