Each week we will focus on one key question, using video lectures, key readings and challenges to explore some commonplace notions about education. With the guidance of the course team, you will be asked to use these ideas to critically reflect on your own understandings and experience. By the end of the course, you will have developed a personal response to the main question: what is your preferred future for education? 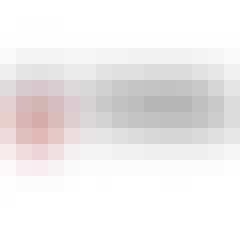 The University of London is a federal University which includes 18 world leading Colleges. Our distance learning programmes were founded in 1858 and have enriched the lives of thousands of students, delivering high quality University of London degrees wherever our students are across the globe. Our alumni include 7 Nobel Prize winners. Today, we are a global leader in distance and flexible study, offering degree programmes to over 50,000 students in over 180 countries. To find out more about studying for one of our degrees where you are, visit www.london.ac.uk

Ranked number one for education worldwide in the 2014, 2015, 2016 and 2017 QS World University Rankings, the IOE was awarded the 2015 Queen’s Anniversary Prize. In 2014, the Institute secured ‘outstanding’ grades from Ofsted on every criterion for its initial teacher training, across primary, secondary and further education programmes

How do we learn?

This week we focus on the important question of "how do we learn?". One of our aims this week is to demonstrate the learning approach of this course as well as to get you to think about how you have learnt in the past, and to question some of your own assumptions about learning.

What is intelligence and does it matter?

In this second week of the course we focus on the tricky issue of intelligence. In the resources this week, we explore what we mean by intelligence and how it can affect learning and educational success.

What makes a good teacher?

In the third week of this course, we turn our attention from learning to teaching. In the resources this week we explore our images of "good" teachers and consider where these images come from.

Can schools make a difference?

In this fourth week, we turn our attention from individual classrooms and the relationship between learning and teaching, and focus on schools as organisations

Why do governments fund education?

In this penultimate week of the course we expand our discussion still further and consider the role education plays in our societies.

In this final week of the course, we return to the question that started it all off: what future for education? The content is a little different this week, but the structure should be familiar to you.

WHAT FUTURE FOR EDUCATION? からの人気レビュー

Very good course. I enjoyed it from the moment I started. Just one review, some of the talks were too long, and not very integrating. Try to create a better variety of different learning materials.

Insightful and reflective material; great facilitators. The sessions were a little less engaging in between because the facilitators didn't talk to/engage the user but were talking between them.

Really helped to reflect my thoughts on education and how can we improve it. Got some peer reviews and they were really motivating and I am thankful for such great peer review system to Coursera

A really excellent course - well delivered, informative and insightful. I would highly recommend this for anyone working within the education space, whether a new practitioner or experienced.